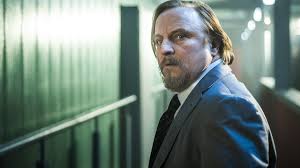 At the beginning of the new century, there is fear, paranoia, isolation. Unseen forces threaten to destroy everything we hold dear – our privacy, our safety, our family. This undefined something gnaws away at us as we dig ourselves ever deeper into our burrows, taking measures meant to make us feel more secure. We surround ourselves with cameras, locks, guards, guns. But our paranoia only increases. What is it that threatens us? Poverty, darkness, and extremism lurk outside the sturdy walls of our ingeniously-constructed fortresses, and insidious sounds can be heard echoing from within. No matter how closely we press our ears against our walls though, they elude our understanding. Perhaps we don’t have the control over our well-laid-out lives that we imagine we do. Slowly, the outside begins to leak in, despite our careful preparations…

These thoughts, these fears, this descent from smug self-satisfaction to nervousness and despair, have their roots not in the cyber-terrorist-immigrant paranoia of 2015, but in the Weltanschauung of 1923, when the insecurities of post-war society and financial disaster led the great Czech author Franz Kafka to write the story on which the new German film DER BAU (The Burrow) is based. It’s a tour de force of existential angst; the astonishing actor Axel Prahl embodies Kafka’s worried Everyman, voicing the writer’s stream of consciousness while he struggles to justify his behavior to himself.

A successful businessman with a picture-perfect family and an expensive car moves into a gleaming new apartment tower. Good things await. Like so many of us, Franz captures all his accomplishments on camera, narrating his own fortunate story. But his new soulless surroundings fail to provide him with the feeling of security he seeks. His new neighbor is less than welcoming. The building security guards seem to be laughing at him behind his back. His colleagues at work exchange glances when he arrives. And are those hoboes living in the basement? Franz starts working on improvements to his new living place, designed to cocoon his family and barricade out the unhappiness. But soon his constructions take on a life of their own. Franz – or is it the viewer? – seems to be losing his grip on reality.

Jochen Alexander Freydank’s SPIELZEUGLAND (Toyland) won the 2009 Oscar® for best live action short film. DER BAU, which took him ten years to complete, is a rare work of art that captures the terror of the unknown – and uncontrollable – in grey-green hallucinatory tones. Freydank’s visual style, loaded with mind-blowingly creepy CGI effects, is a welcome respite from the sameness of most contemporary film storytelling. Kudos especially to cinematographer Egon Werdin and the ambitious sound crew.